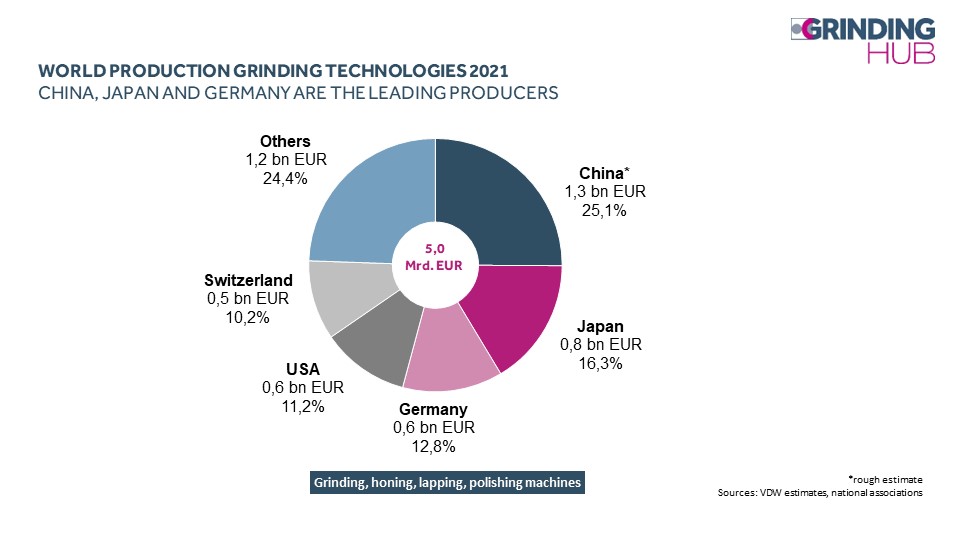 The latest figures for grinding, honing, lapping and polishing machine technology "Made in Germany" for the second quarter of 2022 confirm the positive development of the first three months. According to the VDW (German Machine Tool Builders' Association), Frankfurt am Main, orders in April, May and June rose by a total of 35 percent compared to the same period last year. Order intake from non-European countries proved to be particularly strong, with the highest increase of 42 percent. For the first half of the year as a whole, this also represents an increase of 42 percent.

According to preliminary figures, production also rose strongly in the first six months to a volume of 375 million euros. This is the first time since 2018 that a plus has been recorded - the growth rate has reached a whopping 25 percent.

"Unfortunately, the Corona pandemic has significantly slowed down the production of grinding technology over the past two years. Despite the still difficult conditions, the latest development, with a 4 percent increase in exports and a sharp rise in domestic consumption, gives cause for hope," comments Dr. Wilfried Schäfer, Managing Director of the VDW. Although the problems caused by bottlenecks in the supply chains could have an increasingly negative impact in the coming months, so far they are not causing a clear recession.

A look at the individual customer markets shows that the current economic situation is producing winners and losers. China, Germany's most important trading partner in the machine tool industry, accounted for a full 20 percent of grinding, honing, lapping and polishing machine exports in the first half of the year, but exports to the People's Republic fell by 15 percent compared to the previous year. The positive trend from 2021 is also not continuing in the USA, France and Poland.  The comparative figures are minus 8 percent, minus 20 percent and minus 11 percent respectively. Russia lost 1 percentage point of market share as a result of the sanctions and slumped by 35 percent. Switzerland, on the other hand, shows a particularly pleasing development, with a market share of almost 6 percent, 127 percent above the figure for 2021. Turkey, Mexico and the United Kingdom are also among the growing markets.

For the import business, Switzerland, the Czech Republic and China remain by far the most important trading partners. In the first half of 2022, the value of goods imported amounts to around 52 million euros, 21 million euros and 13 million euros, respectively. This represents an increase of 27, 20 and 15 percent, respectively, compared to the same period last year. Although the volumes are still well below the 2019 level in terms of value, the double-digit growth rates are evidence of a clear upward trend. This is also confirmed by the particularly positive figures from Taiwan Region and Australia: with triple-digit increases of 130 percent and 148 percent respectively compared to the first half of 2021, shipments have recovered most significantly among the top 10 foreign trade partners.

"The latest data express the volatile situation on the world market: there is no foreseeable global trend, but German manufacturers of grinding technology have so far successfully held their own in a period characterized by great uncertainty," Schäfer summarizes. Even if the Corona pandemic and the associated restrictions here in Germany seem to have been overcome, supply bottlenecks and the uncertain energy supply continue to harbor numerous risks. Added to this are geopolitical dangers from the Far East. Accordingly, the business climate in the machine tool industry has clouded over, he said. "We will see how these risks affect further development in our fall forecast at the latest," concluded VDW Managing Director Schäfer. 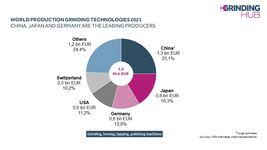 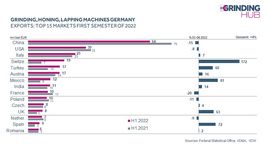