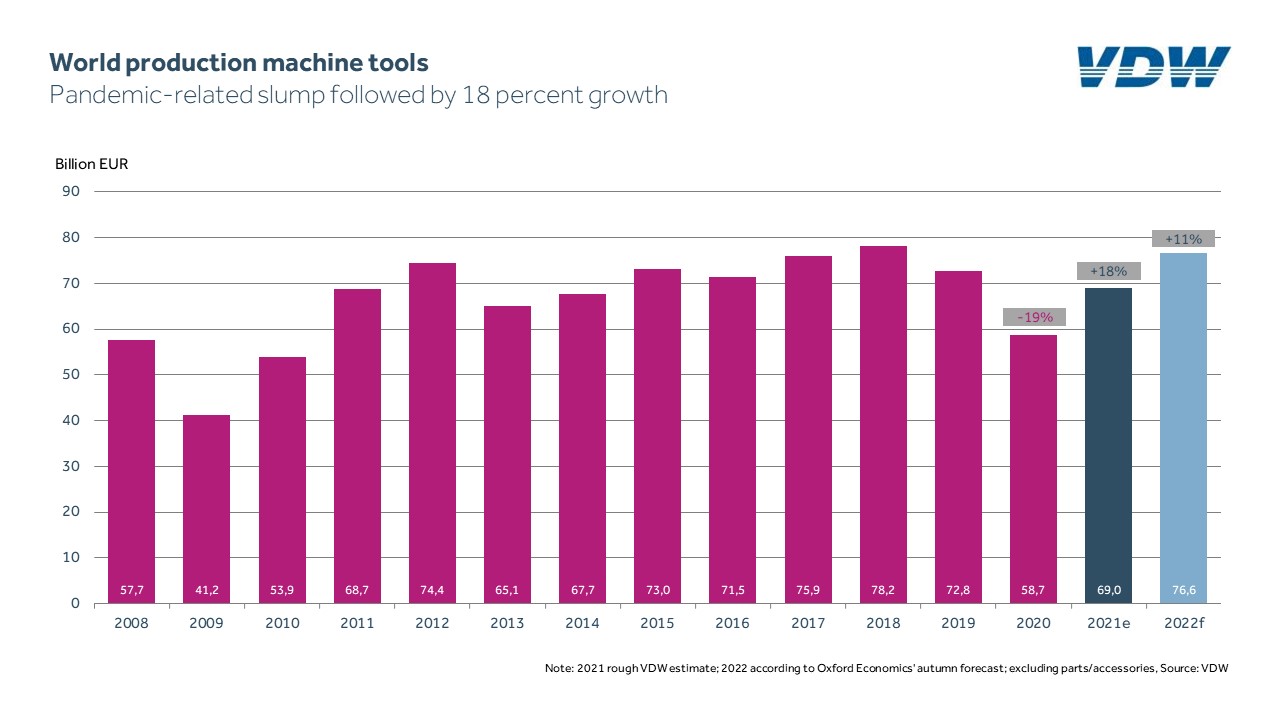 The international machine tool industry recorded 18 percent growth last year following the pandemic-related slump. According to estimates by the VDW (German Machine Tool Builders' Association), Frankfurt am Main, this corresponds to global production to the value of 69 billion euros. In the current year, the figure could even come close to the previous record of 78 billion euros established in 2018.

Oxford Economics, the VDW's forecasting partner, had predicted 11 percent growth for the global machine tool market. However, uncertainties and growth risks have increased significantly due to the Ukraine war. Grinding, honing and lapping machines account for around 7 percent of global machine tool production. Posting an increase of 46 percent in incoming orders, German grinding technology enjoyed very strong growth in 2021 compared to the previous year.  "The general economic climate in which the trade fair is taking place is better than it has been for a long time," confirms Dr. Wilfried Schäfer, Executive Director of the VDW.

Production and export figures in Germany, however, are less encouraging. Last year, German companies manufactured grinding technology to a total value of 805 million euros. According to preliminary figures, this corresponded to a decrease of 5 percent compared with 2020. This was primarily due to bottlenecks in the supply chains. Nevertheless, the strong order figures should provide a solid basis for sizeable increases in production this year, despite the difficulties in the supply chains. More than four-fifths of goods produced were exported, although the overall export figure fell even more sharply: by 8 percent. Accordingly, most of the top 15 sales markets were down on the previous year. However, a number of European countries have already begun to emerge from the slump. These include Austria and Italy, which are important GrindingHub markets. France (the fourth most important market from the German perspective) and Switzerland have yet to catch up. There was a 14 percent increase in German imports of machine tools (including parts and accessories) in 2021. At 245 million euros, grinding technology imports were 13 percent up on the previous year. The most important supplier countries by far were Switzerland, the Czech Republic and China, accounting for 37, 18 and 10 percent of total imports, respectively.

Schäfer is certain: "GrindingHub will restore momentum to international business after the 2020 slump and help strengthen links between old and new partners. " Under the banner of "Brings solutions to the surface", the trade show will open its doors in Stuttgart for the first time from 17 to 20 May 2022. More than 320 companies, occupying around 17,000 m² of hall space, have so far registered to take part in the international hub for grinding technology. Further information is now available in the digital exhibitor directory and hall plans, to be found on the GrindingHub homepage. 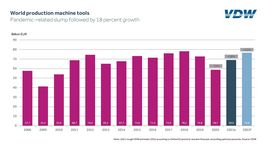 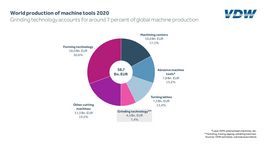 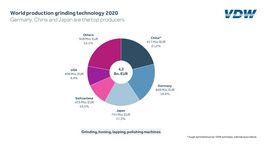 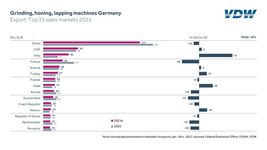